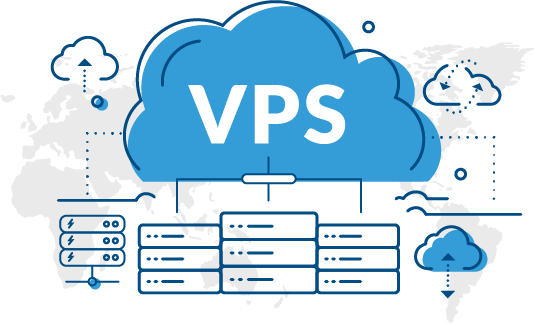 In short for virtual private server (VPS Hosting), VPS represents is an increasingly popular type of web hosting which is establish by partitioning a single physical server to many virtual servers. Each server has its own private environment and space with capability to run independently from its counterparts.

A VPS has fully developed operating system and can rebooted independent of the other servers on the machine. It offers greater performance than a shared server even it may fail when compared to a dedicated server. However, it shares many of the features a dedicated server has. VPS offers great deal of freedom to website owners. And gained crowd popularity for being extremely affordable as compared to a single physical server.

VPS hosting in enabled by software that can control multiple servers. The advent of Windows Server 2008 and Hyper-V gave hosting providers access to a more secure and reliable platform to deliver the VPS solutions.

Window-VPS hosting had had start with the Windows Virtual Server 2007. Even though it wasn’t a great start Microsoft’s recent innovations has help Windows hosting customers ensuring hugely improve performance that could enhanced through integration with the VMWare and other virtualization software packages.

A Window-VPS hosting platform offers an environment most administrators and developers love to work. Since Windows desktop interface is familiar for even a child the setting up of an account is seamless and quick. Due to familiarity of interface users easily adapt to and thrive in the environment. A Windows-VPS server is good bet for businesses having high-traffic websites. Having to run complex web applications, and tailored services which can’t run on a shared server. The new security features implemented into the Windows Server 2008 operating system tipped off the Windows platform to become one of the most secure hosting solutions.